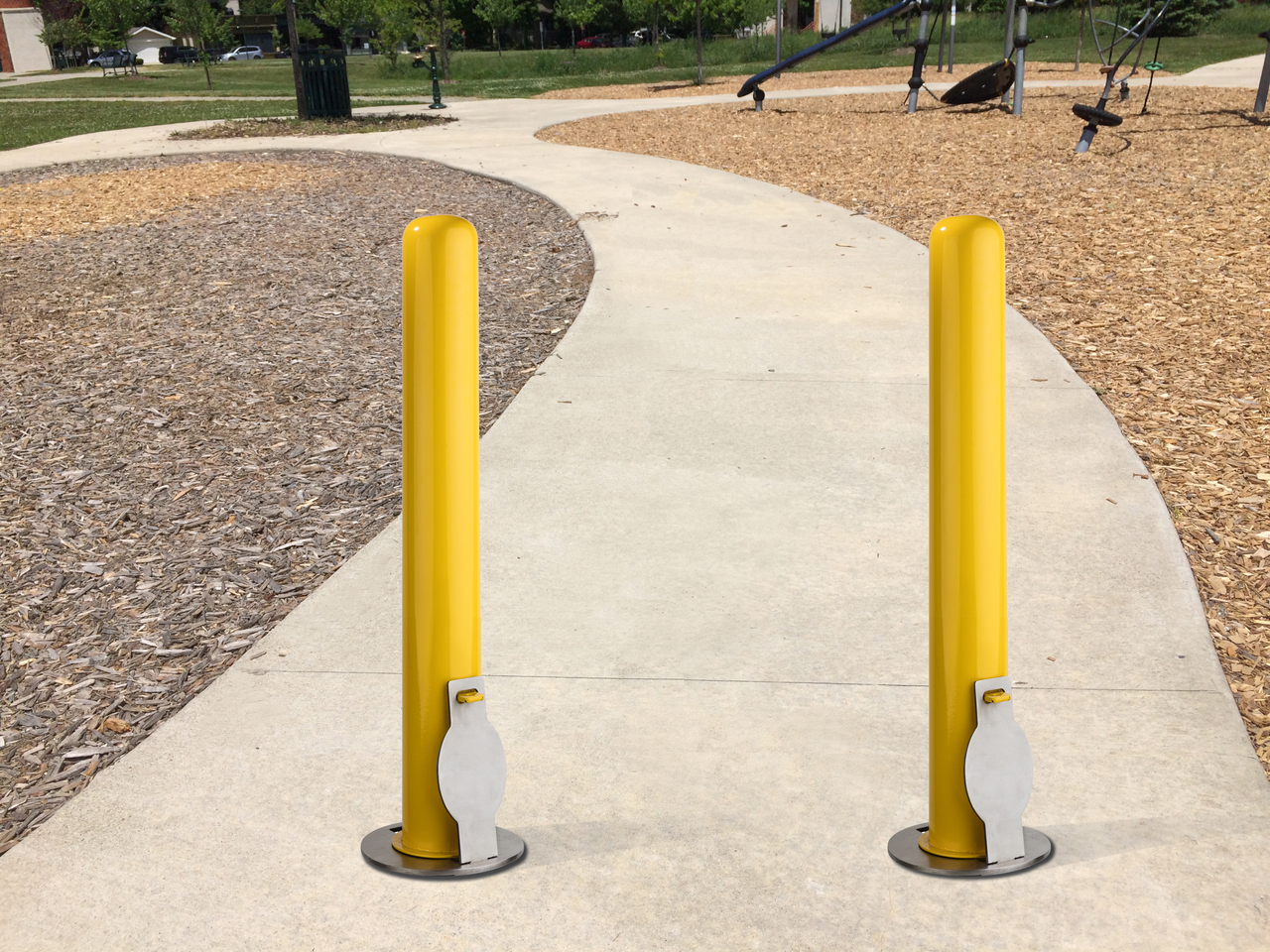 Even if you don’t know what a bollard is, you have probably seen them in your everyday life! Bollards are simple posts that are short and sturdy. The term “bollard” dates back all the way to the 19th century where bollards were used to moor ships and as a basic traffic management tool. When bollards were first installed, it was common practice to take decommissioned cannons and burying them with the muzzle facing up. A cannon ball that was too large for the barrel was typically used to seal the cannon, creating a domed top that continues to influence the design of bollards to this day.

Today, bollards are still popular tools for managing traffic. Bollards can block vehicles from entering walking paths, limit movements, or even control traffic speed. Organizations may choose to block off private or restricted roads with bollards or control the type of vehicles that can enter a specific area. Bollards are built to be sturdy enough to absorb damage in the event of a collision.

Construction sites often utilize temporary and portable bollards when worksites are near a road. These bollards vary in width but are typically orange or red and feature reflective stripes to ensure visibility. While work is being completed, temporary bollards can be set up to keep vehicles out of the site or serve as a barrier between traffic and workers. Bollards can even be found in industrial facilities. An excellent tool for applications like machine guarding, bollards can be installed around equipment to keep workers from interacting with potential hazards.

Bollards typically come in a bolt-down version or are removable. Temporary bollards give more flexibility for managers, but bollards that can be bolted down are easier to install than traditional bollards because they do not require core drilling. Many different workplaces and industries can improve safety with bollards, even if they are not used as a roadway management tool.